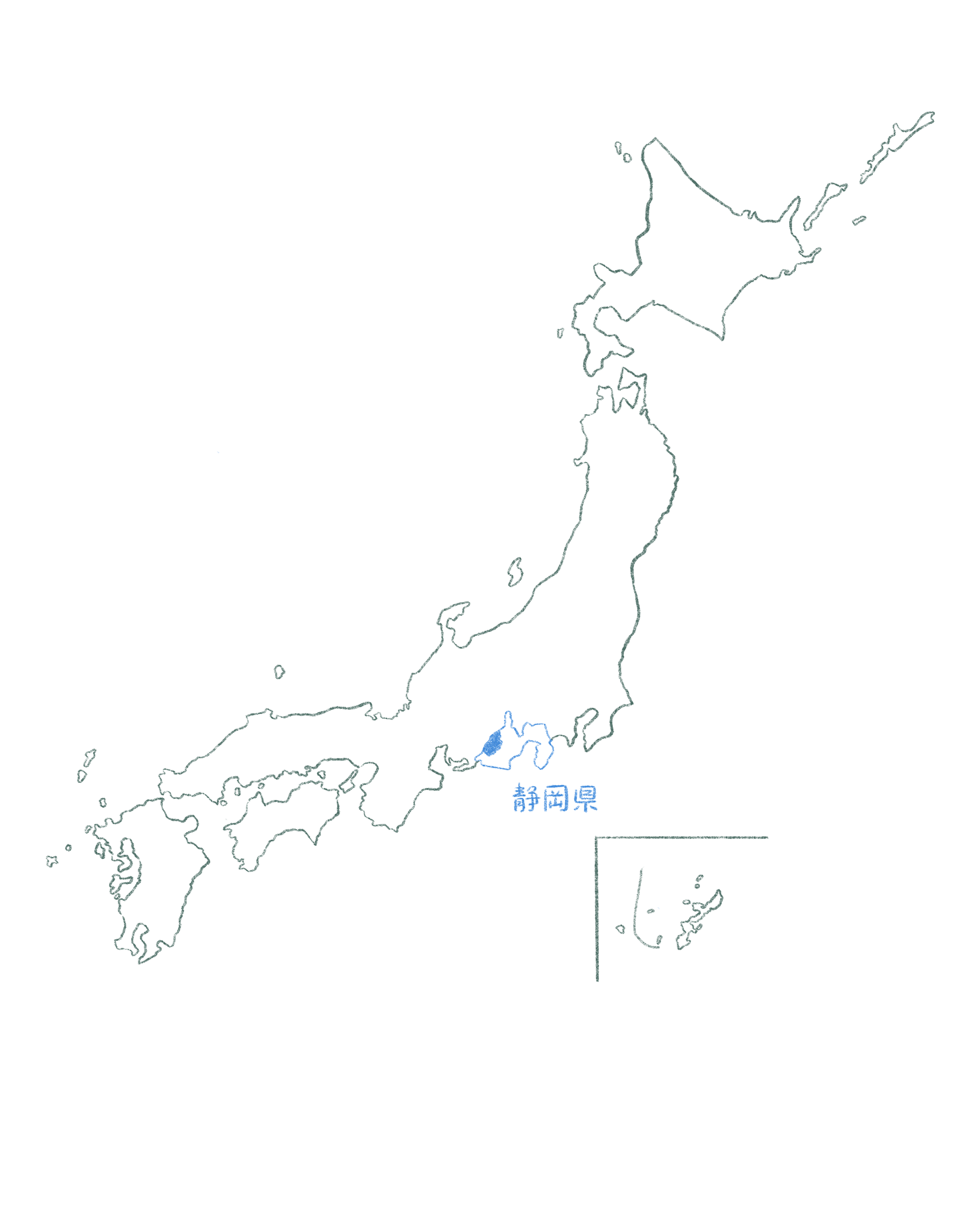 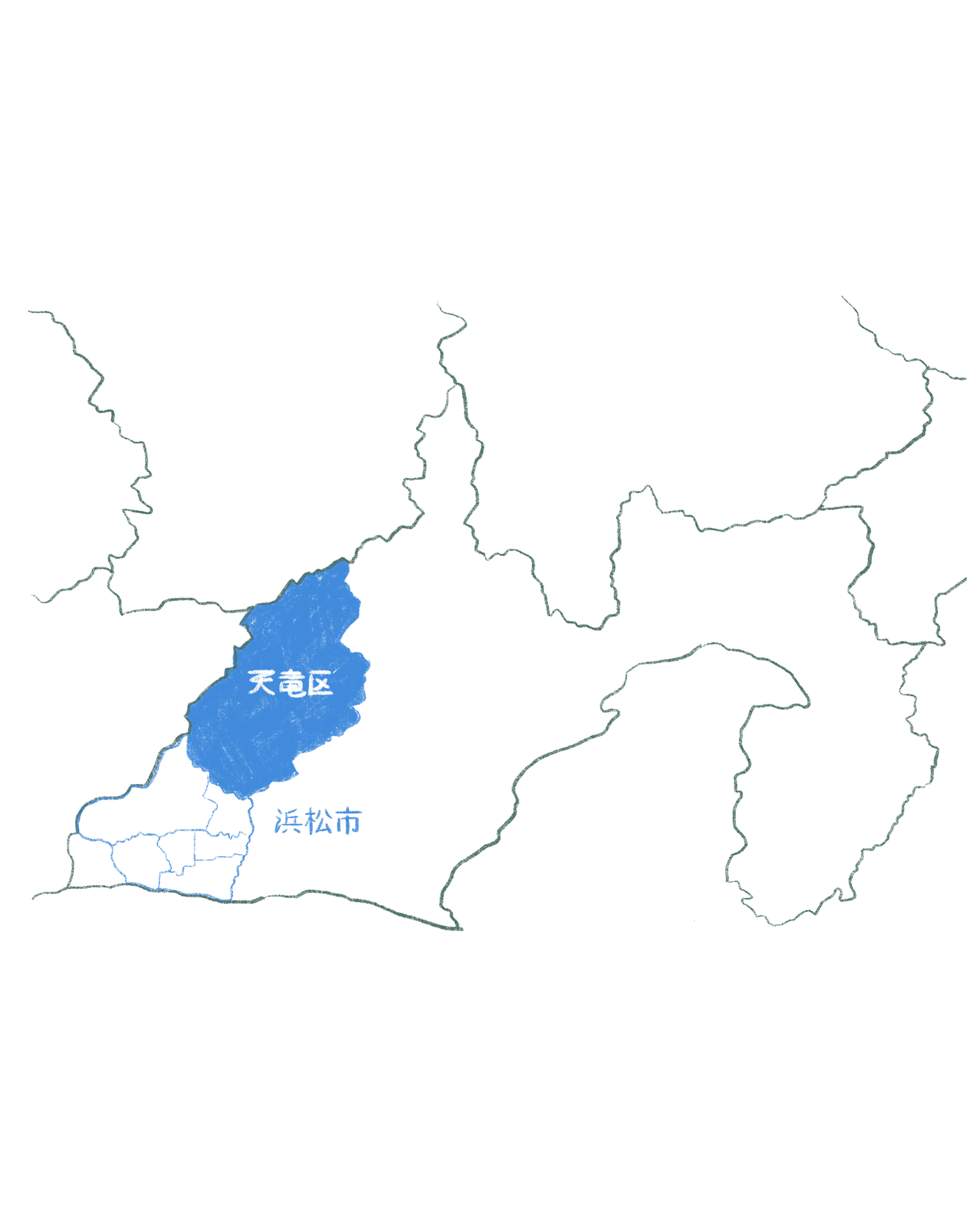 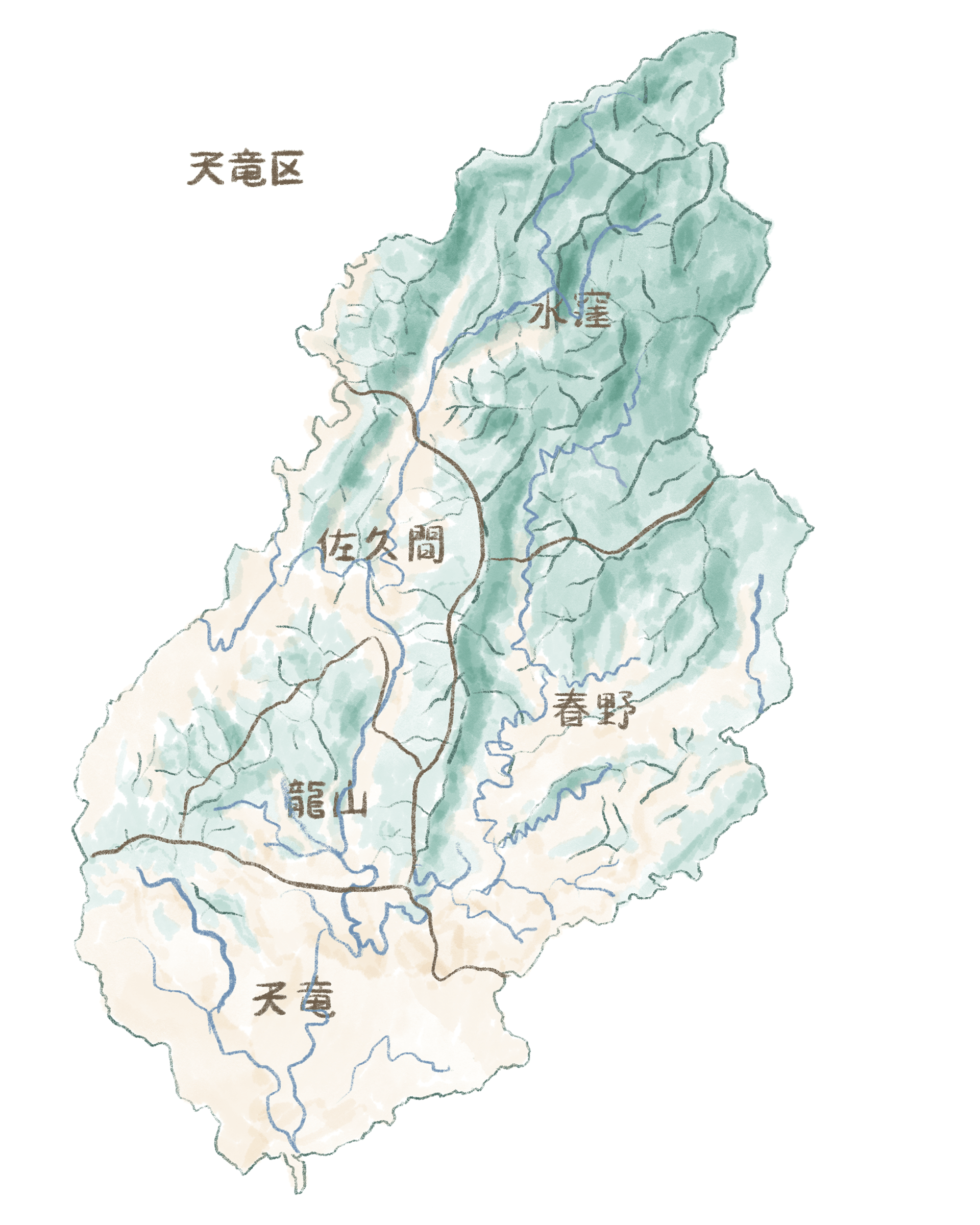 is located about 1-hour drive north from JR Hamamatsu station and it serves as a gateway connecting the town and the mountains. There are three stations in the ward: Tenryu-Futamata and Hutamata-Hommachi station on Tenryu Hamanako Line and Nishi-Kajima station that is also on Tenryu Hamanako line as well as Enshu line. Ayu ‘sweetfish’ fishing begins in June in rivers in the region: the Tenryu River as well as the Atago River which was included in the “Clean Water Top 100 in Heisei era.” Beautiful Sugi, Japanese cedar/ redwood, and Hinoki, Japanese cypress that grow in planted forests in the region are also known as ‘Tenryu-birin.’ The tea that grows in its mountains is highly acclaimed at shows and various tasting competitions and is called ‘Tenryu-cha’ which has a rich full-body yet clean taste.

Is satoyama*, that used to be quite prosperous as a post town as both Akiha-Kaido and Enshu-Kaido* pass through the town. Because of that, it is a quite historical area where folk performing arts such as Kabuki and Kagura have been passed on. Soba is richly cultivated there and they host an annual Shin-soba festival where people can enjoy and compare different freshly-harvested soba. Sakuma Dam in the region is known as one of the first large- scale dams developed in Japan. “Sakumaru” is a cute local mascot that is invented based on a folk tale of ‘the eyedrop given by a Kappa.*’
*Satoyama is a Japanese term applied to the border zone or area between mountain foothills and arable flat land that have been developed through centuries of small scale agricultural and forestry use
*Kaido are trails/ roads in Japan dating from Edo period. They act important roles in transportation like the Appian way of ancient Roman roads.
*Kappa is a mystical water imp

is a small village located in a valley surrounded by mountains. Once the village had about 10,000 inhabitants when its forestry and coal mining industries were flourishing and a dam was being built but today its population went down to about 600. Houses are dotted on the steep surface of the mountain and they are often referred to as “the village in the sky” and the way these villagers cultivating their terraced tea fields is just like some mountain hill tribe. Akiba Dam in the region is well known for its beautiful cherry blossoms. Shirakura-kyo, mountain streams that flow into the Tenryu River from Mount Shirakura is known for its beautiful coloured leaves in autumn. In June, a kite-flying event called “Buka-tako” is held annually to fly a huge kite in the sky from the hillside of Terao settlement which is located at 450m above the sea level.

Is a village, located in the north boarder of Hamamatsu that is bordered with Aichi and Nagano Prefectures, is surrounded by Akashi mountains known as “the Southern Alps.” It used to be a post town of Shio-no-michi, a historical trail that leads to Nagano. On its steep hills, various grains including different kinds of Japanese millets are grown and a native species of potatos “Misakubo-Jagata” is cultivated in the region. Jagata festival is held annually in July. Toshi-mochi, rice cake mixed with horse chestnuts is also famous there. Various traditional events are well-preserved in this region such as Nishiureno-dengaku which has been designated as Important Intangible Cultural Properties.

is known as a town with crystal clear streams which has 182 tributary streams including the Keta River. The region is known as a place for many activities such as canoeing, fishing, splashing about water in water, camping and BBQing in river banks. This part of Tenryu Ward consists of many flatlands with fields. Many younger generations of people migrated to this region looking for opportunities to farm abandoned farmlands. The tea that grows at high altitudes of its mountainous area is popular and known as ‘Haruno-cha’ which has a great balance of its flavor and bitterness. On the mountaintop of Mount Akiha, there is the Akihasan Hongu Akiha Jinja, a Shinto shrine that is the head of the 800 Akiha shrines around the country.